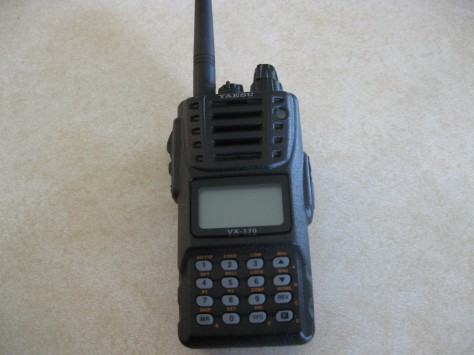 The following frequently asked questions regarding Amateur Radio Operators (HAM) have been answered by Louis B., Regional Emergency Communication Specialist:

Ham Radio, is both a hobby and a service in which participants, called “Hams,” use various types of radio communications equipment to communicate with other radio amateurs for public service, recreation and self-training. One of three license levels is required for sole operation of a Ham Radio (a non-licensed person may operate a Ham Radio under the guidance of a licensed Ham).

Amateur radio operators enjoy personal (and often worldwide) wireless communications with each other and are able to support their communities with emergency and disaster communications if necessary, while increasing their personal knowledge of electronics and radio theory. Millions of people throughout the world are regularly involved with amateur radio.

The term “amateur” is not a reflection on the skills of the participants, which are often quite advanced; rather, “amateur” indicates that amateur communications are not allowed to be used for commercial or moneymaking purposes.

Citizens Band Radio, or CB, is a short-distance two-way voice communications system for use by individuals for personal and business activities on one of 40 available channels.

There are no age, citizenship, or license requirements to operate a CB radio in the United States. Operators may use any of the authorized 40 CB channels; however, channel 9 is typically used for emergency communications or for traveler assistance. Usage of all channels is on a shared basis.

How old do you have to be to get a Ham Radio License?

While there is no minimum age requirement for obtaining a Ham Radio License there is a reading test involved so typically six might be the youngest Ham you could expect to see.

How expensive are Ham Radios, and what radio do I buy after I get my license? How do I pick one, there are so many out there?

A Ham Radio can be obtained from less than $100 to many thousands of dollars. The operating mode you find interesting or type of use you intend would dictate your choice. You may end up with many different types of Ham Radios for different purposes.

For new Hams I always recommend purchasing a very basic used hand-held VHF radio for less than $100, which is easy to do at most Ham Fests (a two-way radio flea market), get used to the hobby and discover which mode or modes and frequencies interest you and then make other purchases specifically designed to fit your new and informed tastes.

I would also recommend securing the opinion and assistance of an experienced Ham when deciding on and purchasing your first radio.

Do I need a huge antenna for my radio to work?

Typically the greater gain (usually specialized or larger antenna) and higher above ground your antenna is mounted, the greater distance you will be able to transmit and receive. If you use a local repeater to relay your signal a hand-held radio with the original “rubber duckie” antenna will usually be adequate for most local needs. If a repeater is not available a better remote antenna could be required depending on your application.

How much does it cost to get the license?

Study materials could cost $20 and up depending on the source, but there are Internet sites that offer free what is needed to prepare for the exam. The commercial materials are usually worth the investment.

Some testing entities offer the exam free and others charge a modest fee to cover materials (usually $15 or less). The FCC does not charge a fee for obtaining a Ham Radio License.

Where do I take the test?

How long is my license good for?

How can I prepare for the test? What manual should I use?

The Internet is full of material to assist in preparing for the Ham Radio License Exam. The ARRL (see URL above) offers a booklet titled; “Now You’re Talking” approximately $20 that contains the necessary information to pass the exam and additional electronic theory that is helpful while you enjoy your new hobby.

If I take a High Speed Ham Radio class, how much should I study to get ready?

The “High Speed” class will include the information necessary to pass the exam, but in a condensed and rapid-fire mode that leaves little time to deeply absorb the concepts. To obtain the greatest satisfaction from your new hobby additional study and experimenting would be advised.

To facilitate understanding, considering the fast-paced nature of the High Speed class, I would recommend purchasing the ““Now You’re Talking” book and read/study a few weeks before the class. This will also prepare you to arrive at the class armed with a bevy of questions.

Do I have to go to meetings after I get my license?

There are no meeting requirements to maintain your license. Attending meetings where like-minded people gather will offer support and a networking base to tap into when you have questions, run into problems, or need help building/repairing something.

How can I get involved to help the community once I am a licensed Ham Radio Operator?

Join with other like-minded Hams and they will apprise you of a plethora of service opportunities. Usually the most convenient way to do that is joining a Ham Club like CARS:

Can I connect with other Ham Radio Operators from our stake and other stakes?

Join CARS and sign up for the Email Listserver. The Listserver reaches Hams from all over the region.

How can a Ham Radio Operator help during an emergency response plan in a ward?

Talk with your Bishop and suggest you be assigned as a Ward Emergency Communication Specialist.

Are there any benefits to obtaining a Ham Radio Operators License beyond helping out during an emergency affecting the church?

It can be a very enjoyable hobby, assist with family matters, and increase your knowledge base, which will be useful in all other areas of your life.

Being the only Ham in my family, my wife used to dislike my taking the radio along on outings because of the “funny noises it made”. The following occurrences affected her opinion:

1) We had a flat tire in a remote location with 10” of snow, 12°F outside, jack would not fit under the car, and no Cell signal. I managed to hit a repeater with my radio and summoned aid.

2) On I-5 South bound we had a group of thugs try to run us off the road and gestured that they were going to harm us in other ways. Our Cell Phone happened to have a dead battery so I used the Ham Radio to make a phone call through a repeater to 911 Dispatch. They patched me through to the State Police and the thugs were in custody within five minutes.

3) In remote Southeast Oregon, out of Cell Phone range, we happened upon a wreck involving a car and pickup truck. The car was damaged enough that the doors would not open, smoke was coming from the engine compartment, and gas was leaking from the tank.
Using my Ham Radio I managed to contact a farmer who was also a Ham. He phoned the local fire protection group and then drove to our location (about 20 miles away). He had the windshield broken out and the occupants extricated before the rescue people arrived.

Although the car had not ignited before the Fire Department arrived it could have and I cannot imagine watching people burn to death.

In spite of having three Cell Phones my wife now insists I bring the radio along and demonstrate that it functions before we leave on an outing.

I have also experienced numerous pleasant events while using my radio.

With a higher power permitted than FRS, GMRS will usually transmit further and should have a range similar to CB Radios but with a more restrictive line-of-sight requirement.

Catching the Vision of Self-Reliance 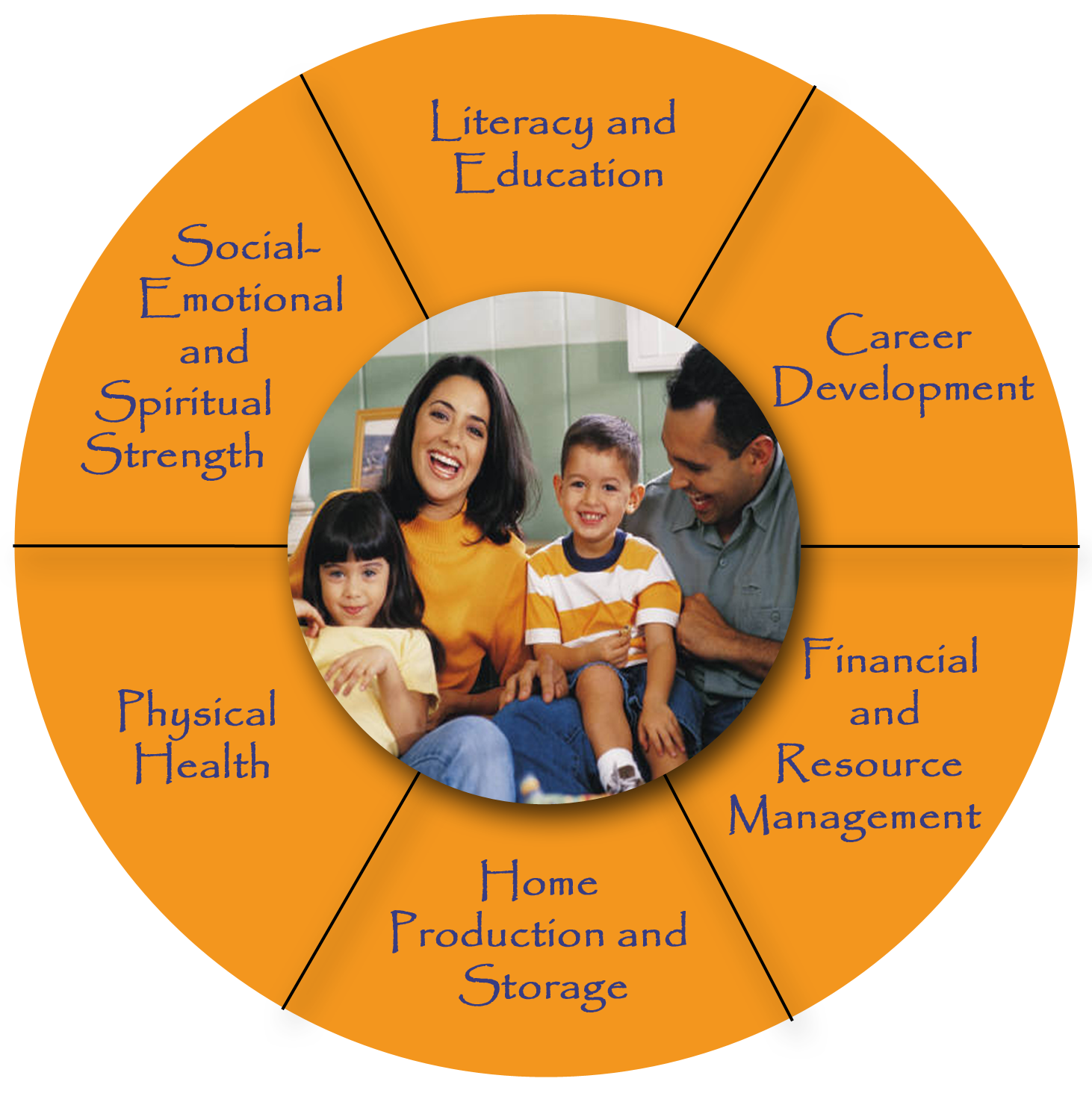 The Basic Principles of Self-Reliance

Things That Matter Most

Getting Out of Debt – for Good 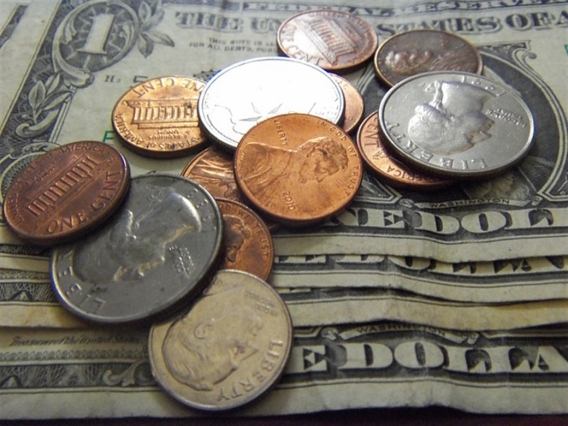 We Are not Alone

What Is Food Storage 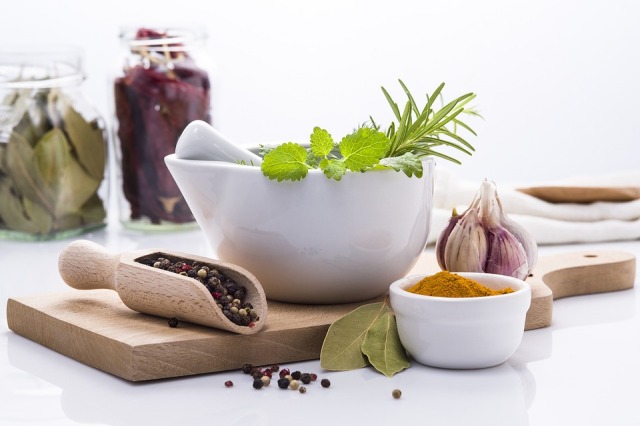 Long-term Food Storage – What You Need To Know 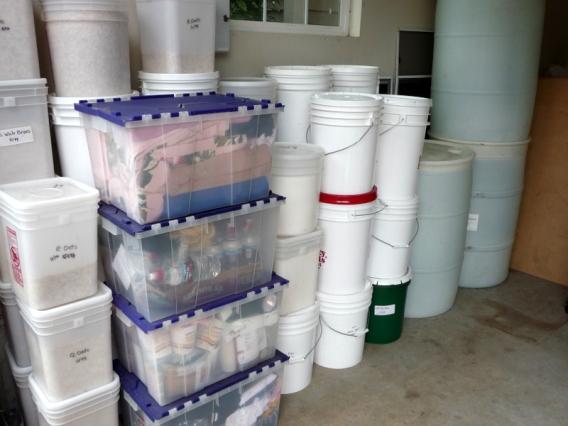 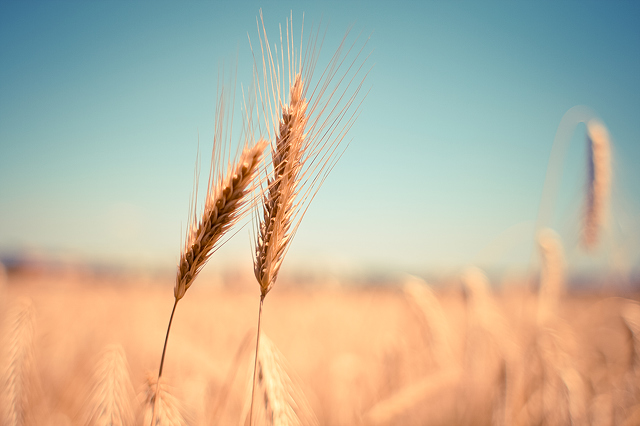 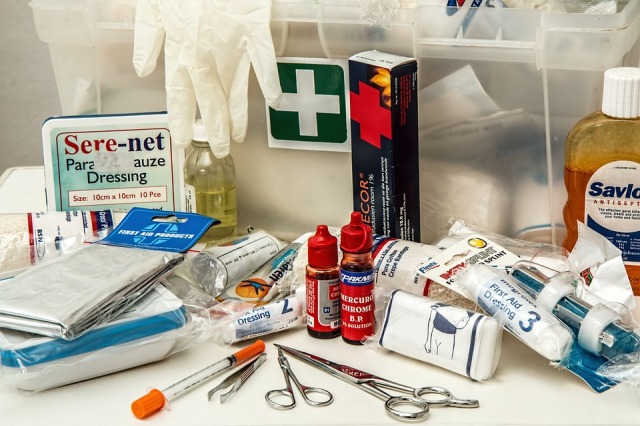 Evacuation: What to Take and Do

Be Informed. Make a Plan. Build a Kit.

Are You Ready? – An In-Depth Guide to Preparedness

The Food in Your 72 Hour Emergency Kit 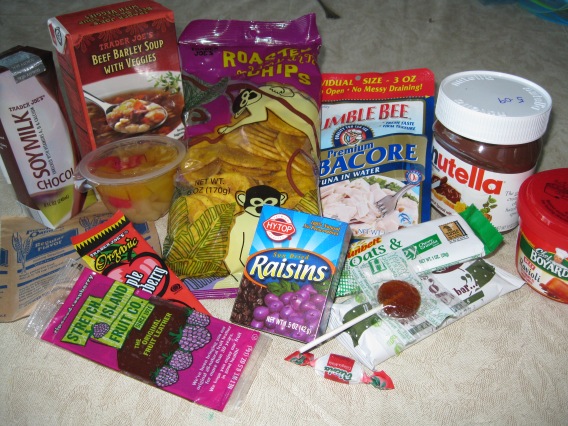 The Family: A Proclamation to the World

Providing for Self and Family 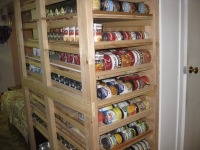 Ye Are the Light of the World 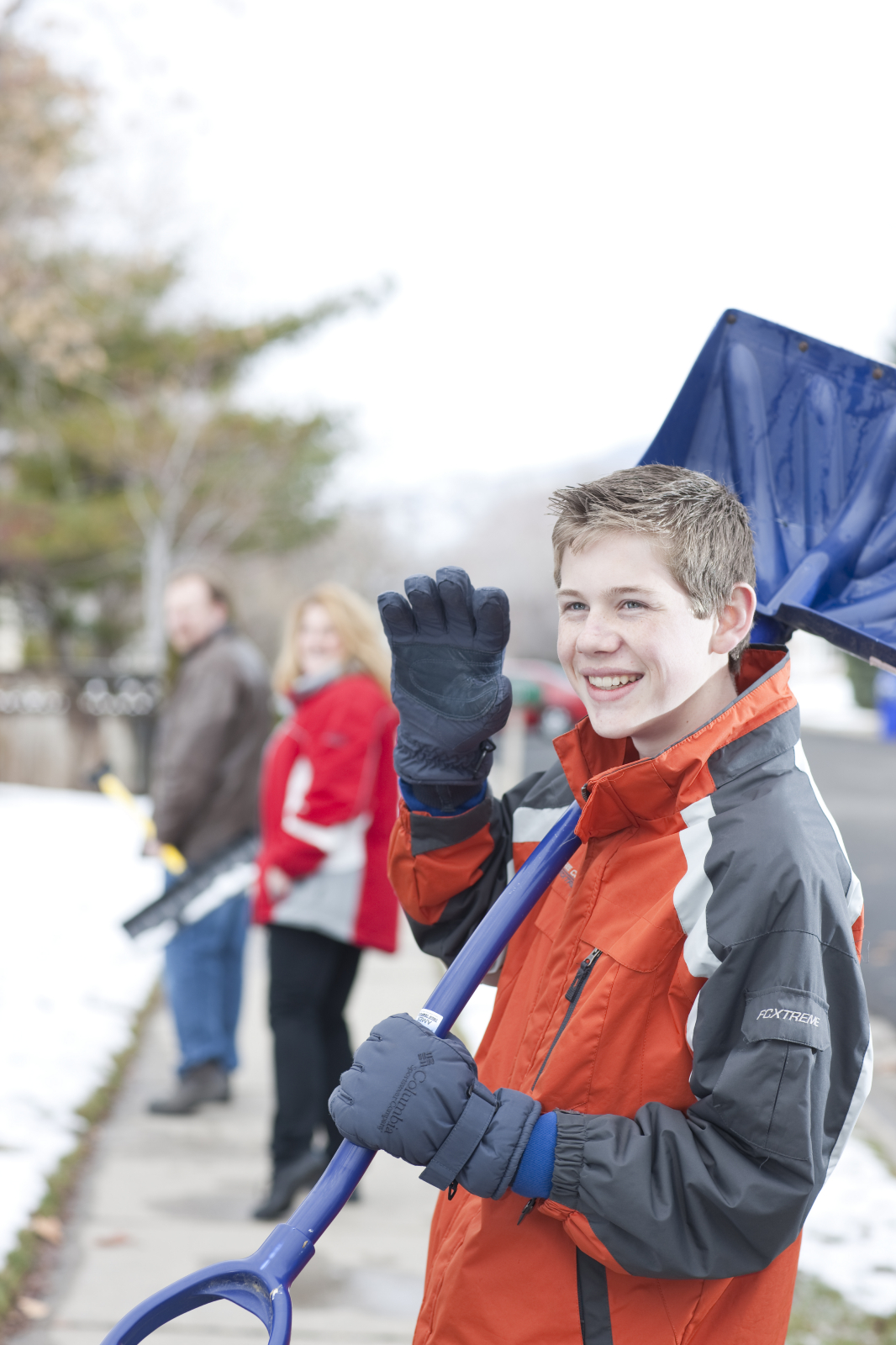 Instead of storing food to eat only during an emergency, learn to “store what you eat, and eat what you store” so when emergencies come your children can actually eat food they are accustomed to. 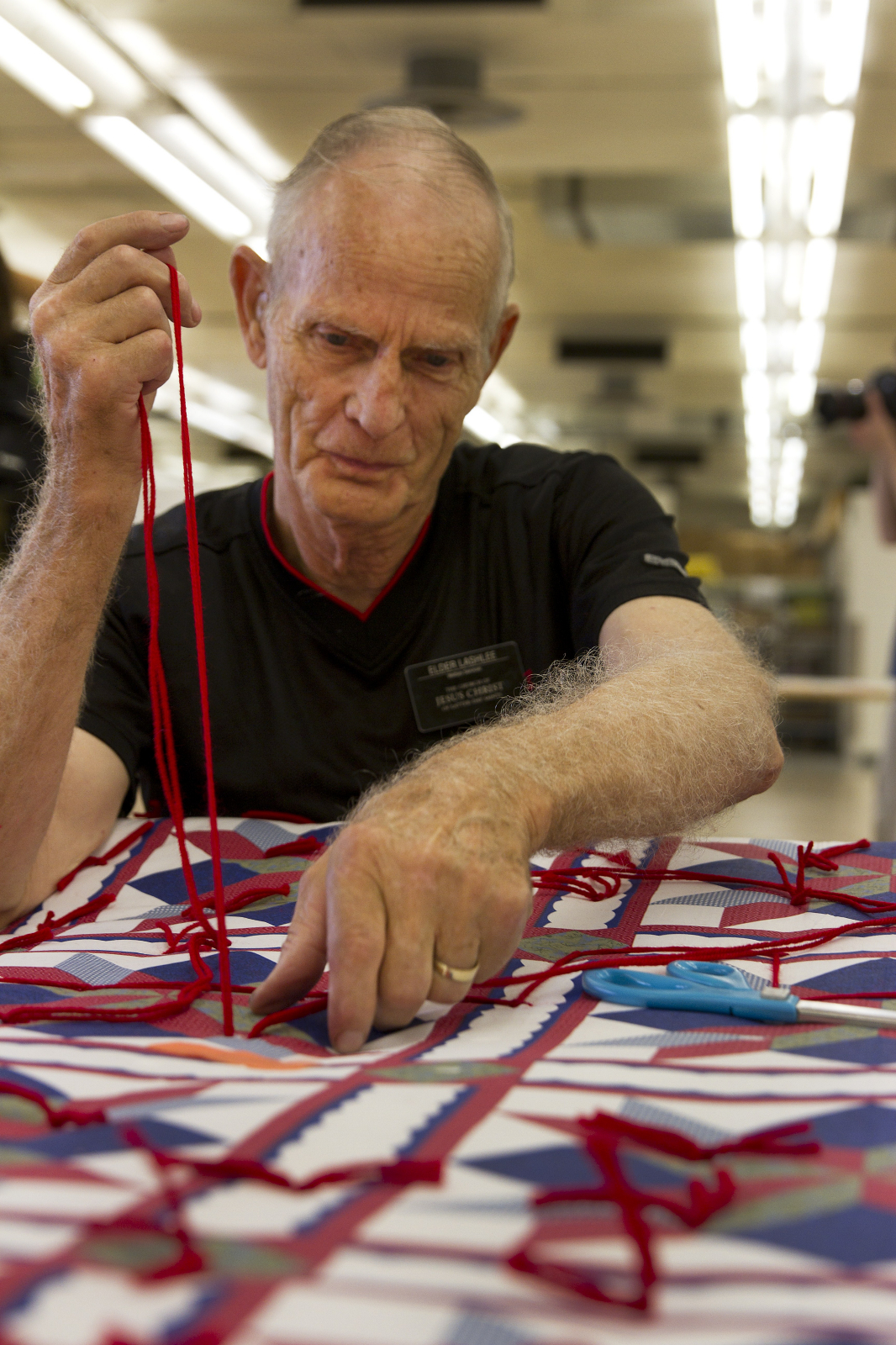 Love One Another: 14 Day Challenge

The Church of Jesus Christ of Latter-day Saints Official Site